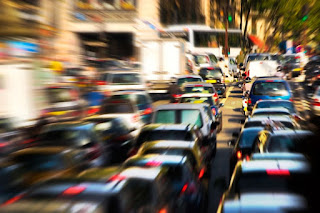 You guys don’t know what happened that day I was travelling to Mombasa. Of course, it was the first time. I had booked a Tahmeed bus a day earlier. I usually like the seats just a little past the middle of the bus backwards. Mostly number 16 – 18. The bus was to leave Nairobi at 8 pm.

I wanted to leave for town at exactly 6pm so that I would find time to eat and buy some stuff. I didn’t want to mention that it is a pair of sunglasses I was going to buy at 7pm but well, I have. I didn’t even find one after all, aisuru!

I took a quick shower, about a minute and three seconds - pulled my black and white rubbers from under the bed and fitted my bomber jacket. I grabbed my earphones and a marvin hat for the night;  said a prayer and left.

I had a small hauler bag with the things you carry when going to coast. A beach short, some camp shirts, and a pair of sandals being a few of them. At Karen I got into this brand new matatu that had loud music after the conductor utterly persuaded me, telling me that the bus behind was sick and uncomfortable and would only reach town the following day. The conductor of the other bus looked at me with “those eyes” as I got into the new bus.

Ngong road was a complete mess that day. Brake lights were on right from Lenana. Making a trail whose end you couldn’t see. It got me wondering if at all, the heavens were okay with me going to coast. Coz why that kind of traffic on Saturday evening? The matatu maneuvered its way through some field at racecourse - into some estates and bad roads; the next time I checked we were at Nyayo and it was around 7.30pm. With the traffic not getting any easy, I couldn’t hold on to my frustrations any more, I wanted to indefinitely cancel the trip. I wanted to go back to the house, throw my bag hard at the wall and get into the bed with shoes.

I swore that I would reach town whatever time it would be, eat mercilessly and take a mat back to the house. I don’t know whether it’s the frustration that made my stomach start to rumble, but It was clear my stomach wasn’t at its best. At 7.55 pm I was in the traffic somewhere near the bomb blast building. I had less than five minutes to catch the bus. I approached a bodaboda man who charged me a whooping ksh 300. Claiming that you know, he can’t ride through the CBD and will have to maneuver his way via a thousand and one streets before getting to river road. At a traffic light near Kimathi street I saw the exact bus I refused to board at Karen ‘because it was sick and would reach town tomorrow’ loaded with passengers headed back, and that hit me so hard on the nose.

Reaching the Tahmeed station as I was still begging the bodaa guy to take ksh250 I heard someone shout, “Ayaa ondoa gari hao wengine watasafiri kesho” what the hell guys, you didn’t even call me. Why did you even take my contact then?

I had to part with the whole 300 shillings. I rushed and got in just when the door was getting shut. The seat next to me was a guy in a short. How do you travel in a short and sandals? I thought the nights are cold! The bus was off and flying, it was a very cool bus. Quite a number were in Islamic hats and buibuis, talking in Swahili- the coast accent, ahem! Coast was surely a night away.

The guy next to me was a mlaloo too, he had no hat though, he had this posh Samsung phone that has curved screen. He asked if I had a charger and I quickly told him, ‘yangu huwezi tumia kaka,’ he asked to see my charger. I gave it to him confidently knowing it won't be of help, only for him to say that’s exactly what he wanted. That it’s the type that the new Samsung phones come with. He told me it’s called type C. I felt badly embarrassed. It was the time that the type C chargers were starting to get popular. I had owned the Nokia phone for three whole months but I didn't know its charger was called type C. What I was certain of is that I had a phone with a unique charger and no random person would tell me ‘nisaidie charger yako’.

Barely thirty minutes into the ride I felt a serious discomfort in my stomach. It’s then that it hit me that I didn’t even buy the drugs I wanted - and  I knew the night was gonna be loooooong! 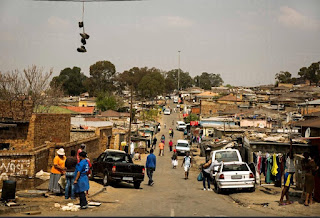 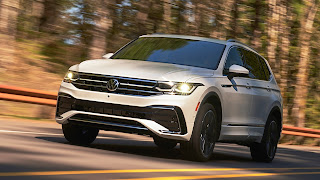